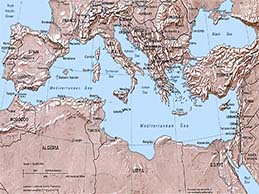 The analysis shows that, while in an earlier phase of the process towards the Europeanization of migration policies the naval operations in the Mediterranean sea found their roots in a unilateral operation characterized by a fundamentally humanitarian purposes (the Italian Mare Nostrum operation), they have later evolved in a EU mission (Triton) mostly aimed at controlling the EU’s boundaries at sea, with the recently lunched EuNavfor Med operation representing a stiffening of this defensive approach. The article argues that the focus has shifted towards the protection of the European borders, with a progressively reduced space for the protection of refugees pursuant to humanitarian obligations. Some critical considerations are also proposed with regard to the effectiveness and efficiency of the measures adopted by the Members of the EU to date, which, in the author's view, the European countries approved with difficulty and discordantly, in clear contrast with the principle of solidarity, which is at the foundation of the Treaty of Lisbon. The essay concludes by arguing that this piecemeal and incomplete response to a phenomenon as complex as migration, focussed as it is on curing its symptoms instead of its root causes, cannot represent a valid remedy. The author further suggests that, rather than opting for the use of force at sea or in the territory of the States in distress from where the migration originates, Europe should urgently set itself to lead the process towards peace, liberty and human dignity, including by means of a robust relocation programme as well as immediate support in the countries of emigration.