The Agreement between the Colombian Government and the FARC 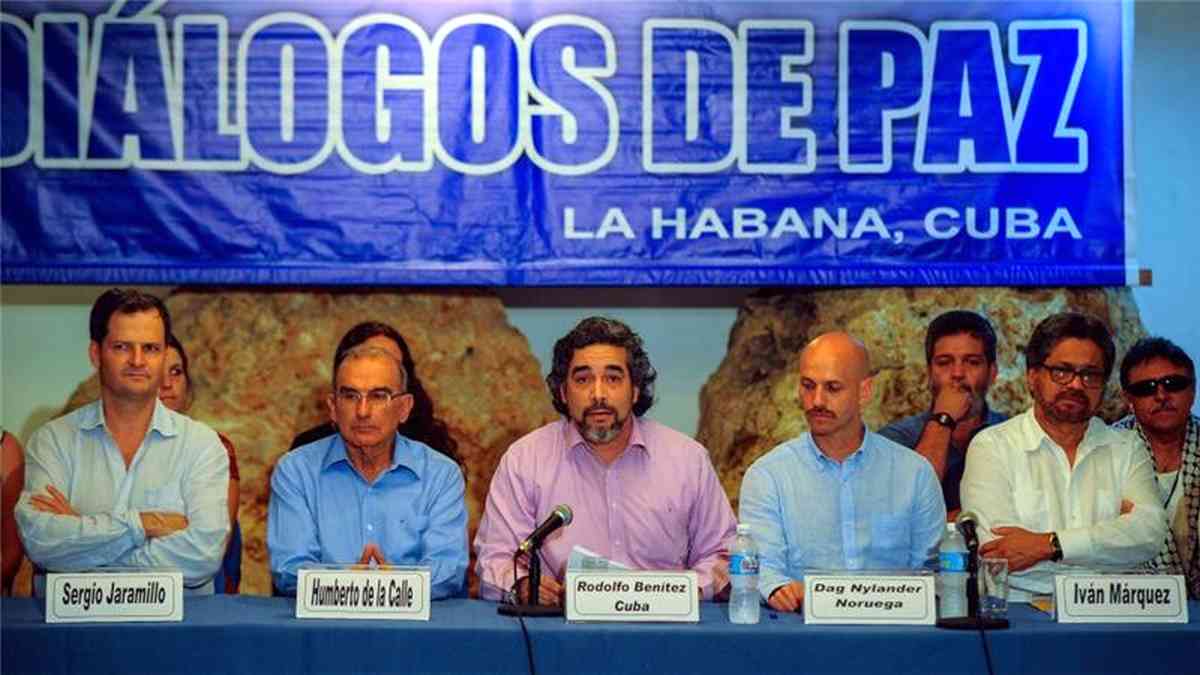 The Final Agreement on ending the 52-year-old war in Colombia was issued on the 28th August. On the 2nd of October it will be submitted to the referendum by the Colombian people. As indicated in the final provision of the Preamble, the seventh original copy of the Agreement will be deposited, immediately after its signature, at the Swiss Federal Counsel in Berna, as a special agreement according to Art. 3 of the Geneva Conventions.
In a joint statement read out in Havana by a Cuban diplomat, the two parties declared:
"The Colombian government and the FARC announce that we have reached a final, full and definitive accord ... on ending the conflict and building a stable and enduring peace".
Colombian President Juan Manuel Santos called the Agreement "the beginning of the end to the suffering, pain and tragedy of war".
The FARC leader Timoleon Jimenez, known as Timochenko, declared that "Never again will parents be burying their sons and daughters killed in the war''.
This historic event was reached by the two sides – the Colombian government and the FARC – after four years of peace talks in Oslo first and then in Havana, under the sponsorship of the International Community, in particular Cuba and Norway, and the good offices of Venezuela and Chili.
This agreement, which is qualified in its Preamble as “Special Agreement according to the common Art. 3 of the Geneva Convention of 1949, disciplines various matters having been subject of deep disagreements and disputes between the two parties: justice for victims of the conflict, land reform, political participation for ex-rebels, fighting drug trafficking, disarmament and the implementation and monitoring of the Agreement.
By this Agreement the discords were overcome through, of course, some compromises, but the final result shows the originality and specificity of some solutions, confirming that no peace process can be reached without a deep consideration of the local particular situations.
On the peace negotiations in Colombia see the contribution “Il cammino della Colombia verso la pace” of Jairo Agudelo Taborda and Davide Riccardi, in this Review, third quarter, 2015.
The Direction invites all interested in commenting the different aspects of the Agreement to send a contribution, which will be subject to review by a panel of experts.

By the referendum held on October 2, 2016, the Colombians have rejected, with 50.2% voting against it and 49.8% voting in favour, the Peace Agreement reached after 4 years of difficult negotiations between the President Santos and the FARC.
The winning party, driven by the Senator and past President Uribe, had conducted its campaign for the rejection of the Agreement on the basis of the following motivations:
- the sanctions provided by the Agreement against criminal guerrilleros were too lenient
- the Agreement provided the FARC to become a political party
- the deal would legalize narco-trafficking
- in pursuing the negotiations Santos had gone beyond the terms of the Colombian Constitution
These arguments seem not be shared by the United Nations, view the following statement of Ban Ki-moon after the referendum: "We would have hoped for a different result, but I am encouraged by the commitment expressed (by Santos and Timochenko)… I count on them to press ahead until they achieve secure and lasting peace.”
After the referendum, the two parties of the Agreement have assured to maintain the ceasefire and gave their availability to reopen the deal for still pursuing the peace. President Santos also said to the nation: “I will not give up. I will continue seeking peace until the last day of my presidency.” It is also notable that the head of the FARC negotiators declared: “The FARC reiterates its disposition to use only words as a weapon to build toward the future. The Colombian people who dream of peace count on us, peace will triumph.”
The strong commitment of President Santos in these 4 years of negotiations is well witnessed by the Nobel Peace Prize he received on October 7th, 2016 with the following motivation: "for his resolute efforts to bring the country's more than 50-year-long civil war to an end."

The Final Agreement Between The Colombian Government and FARC

Downolad the text of the Final Agrrement in pdf