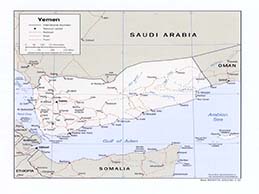 The consequences of this conflict are extremely serious, encompassing the commission of serious war crimes and crimes against humanity by all sides to the conflict, namely the officially recognized Government and the Saudi-led Coalition of States on one side, and the Houtis rebels allied with other insurgents under the authority of the former Yemeni President Saleh on the other side. A third entity present in Yemen, Al Qaeda in the Arabian Peninsula (AQAP), has been taking advantage of the military confrontation to extend and consolidate its territorial control over large portions of territory. With this brief article, the author tries to demonstrate how an “impunity deal” facilitated by a regional power (Saudi Arabia) and endorsed by the United Nations Security Council in 2011 has, in turn, contributed to the progressive destabilization of an already critical situation, showing how a peace-process without justice and accountability may not only be unlawful, but also counter-productive and criminogenic.