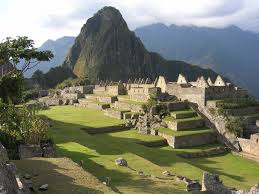 ABSTRACT: While a new dynamics looking at overcoming the non-international armed conflict implicating the Colombian society for more than half century is underway, it appears useful to think over the basic stages of such lasting conflict. First, the causes moving to this conflict at its origins are explained and also the essential events accompanying it during the period before the adoption of the Constitution of 1991.

This Constitution marks a turning point in the process of democratization of the Colombian political system, even though in substance such process remains largely thwarted by its fragility and the consequent prosecution of the armed conflict still in course. At present, the current peace process avails itself of a new internal socio-political outline (normative also, favourable to the negotiation); a new regional south-American political background; a wider support tout-court of international organizations and of a multiplicity of individual States. This process is also flanked by a renewed strong commitment of the Catholic Church. Such environment makes plausible that the preliminary Havana agreement of 23rd October 2015 could bring to a new, real overcoming of the conflict: the agreement on the agrarian issue; the agreement on the participation of FARC to the political life; the agreement concerning the struggle against drugs, drugs trafficking and corruption; the agreement relating to the justice for the victims with the establishment of a Jurisdición especial para la paz. This latter legal instrument appears essential to gain a lasting reconciliation which cannot be achieved setting aside the recognition of the truth and the responsibilities as to most grave war crimes and crimes against humanity.