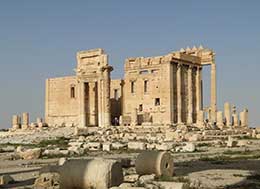 ISIS has used such criminal acts for its propaganda of terror, thus raising in the International Community the level of awareness of the actual aggression to fundamental values that these kind of acts constitute. Hence, devising and adopting more effective international law measures to punish and, if possible, to prevent the intentional destruction of cultural heritage is a challenge of paramount importance. At the same time, it is an extremely delicate task, strictly linked to sovereignty issues. Two interesting trends can be observed in the latest international practice: on one hand the development of mechanisms for the rapid mobilization of UNESCO “task forces”, composed of cultural heritage experts, for the protection of culture and the promotion of cultural pluralism in the event of armed conflict (the so-called “blue helmets of culture”); on the other hand, the revival of the old debate on “cultural genocide”, and, possibly, the first international criminal case completely dedicated to acts of intentional destruction of cultural heritage.